Roadway work began Monday, Jan. 20 on the Thomas Drive resurfacing project. Crews are resurfacing and upgrading a 3.1-mile segment of Thomas Drive between Bristol Street and Joan Avenue. The $8.1 million project is funded by the county’s half-cent infrastructure surtax.

The westbound lanes of Thomas Drive (i.e., the north half of the four-lane roadway) are closed between Silver Avenue (near “the curve” on Thomas Drive) and the Biltmore Drive intersection.

Two-way traffic (i.e., one lane in each direction) is being maintained on the south half of the roadway. Only right turns are allowed at the Silver Avenue, Spyglass Drive, and Biltmore Drive intersections.

The speed limit in the work zone is reduced to 25 mph. This traffic configuration will remain in place for several weeks

The contractor has removed the old asphalt from the westbound lanes beginning near Silver Avenue and continuing to near the Biltmore Drive intersection. Soil mixing is underway in this area for the new roadway subgrade. Samples of mixed material are being laboratory tested for compliance with specifications.

In the area that is closed to traffic, the team has also begun removing damaged drainage structures and installing a new pipe across Thomas Drive near Spyglass Drive. 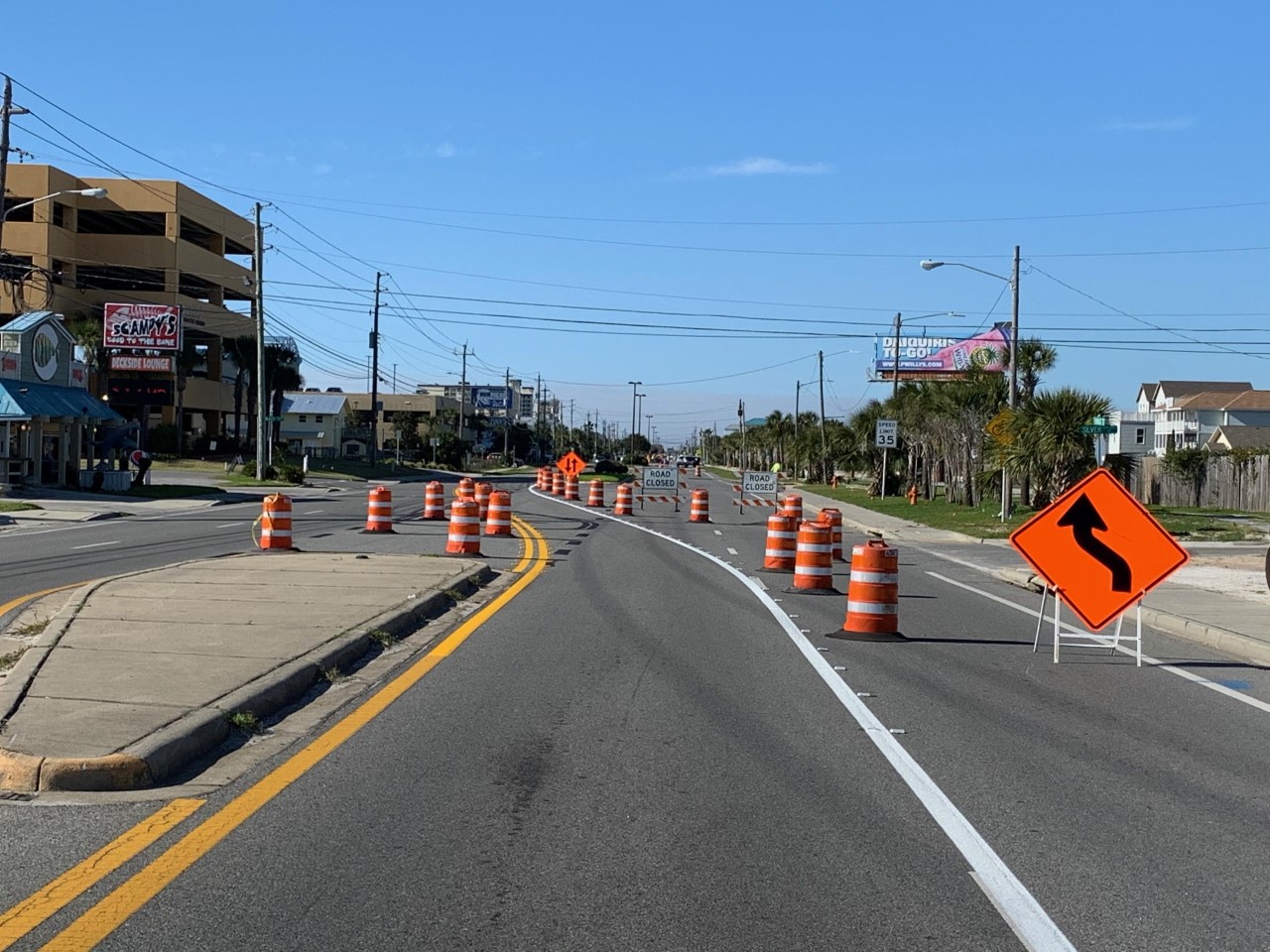 A lane shift is put in place Monday, Jan. 20 closing the Thomas Drive westbound lanes between Silver Street and Biltmore Drive. Two-way traffic (one lane in each direction) is being maintained using the eastbound travel lanes. This traffic configuration is expected to remain in place for several weeks.

Construction crews work Wednesday, Jan. 22 to remove the asphalt from Thomas Drive westbound, between Silver Street and Biltmore Drive. The travel lanes will be reconstructed in this area and damaged portions of the underground drainage system will be repaired/replaced.